Do Not Shake compressed air

Compressed air is a common tool used in offices and homes all over the world. A very effective tool for blowing away loose dust and dirt that collects on both desktop and laptop computer keyboards, fans, cooling fins, and a multitude of other electronic devices. In fact, it is so common that most people simply use it without thinking twice.

The other day I was in my office helping a client when a friendly neighbor stopped by to borrow a can of compressed air. I had a spare can sitting right on my work bench. Assuring me he would bring back a new replacement he headed for the door and began shaking the can. I told him it was no hurry but he shouldn’t shake the can. Both my client and the friendly neighbor said in unison, “I thought you were supposed to shake it!”.

Additionally, if used for extended periods, the gas being forced out of the nozzle will cause freezing. By using shorter bursts you can get more efficient use out of your compressed air. My favorite tactic is to use 2 cans a little bit instead of just 1 can a whole bunch. Once the first can starts to get cold and the air flow starts to slow down I switch to the second can. 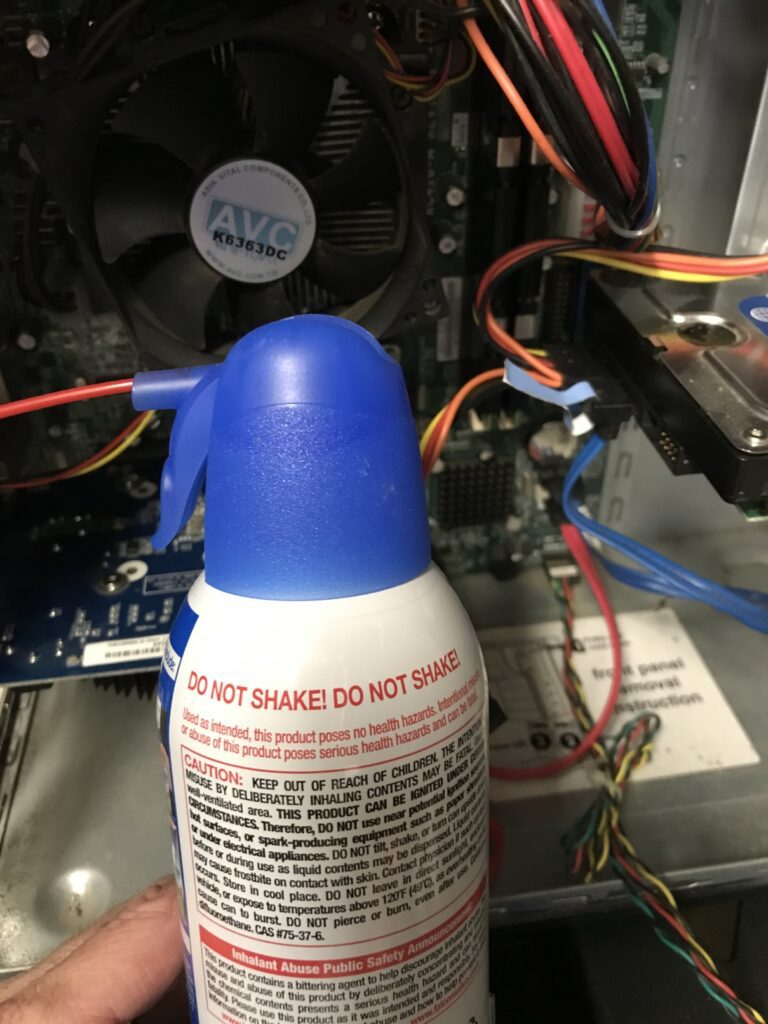 Posted in these categories: News - PC and Laptop